Induction cooktops took Europe by storm years ago because they are safe, simple cooktops that are perfect for small spaces and waste very little energy. While induction cooking took slightly longer to enter the United States market, it’s safe to say they’re here now and their attractive, sleek design appeals to those about to undergo a kitchen remodel.

Several appliance companies now offer these cooktops at a range of different prices. Wolf, a member of the Sub-Zero family, provides induction cooktops in several sizes and configurations. Their products fit perfectly into an existing countertop or a counter designed with cooking in mind.

Wolf is an old, established brand, but many consumers who aren’t already well-versed in kitchen appliances may not have heard of the company. We put together Wolf induction cooktop reviews to bring together the available information online and help you make a better purchasing decision.

What Is a Wolf Induction Cooktop? 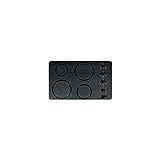 Wolf induction cooktops use the technology of magnetic induction to create a safe, fast cooktop that’s easy to use. It’s also stylish and fits into almost any living space because it fits snugly within the country.

Wolf promises that their cooktops offer a response that is 40 percent faster than gas and electric cooktops and remain 90-95 percent energy efficient.

Wolf offers four versions of the product, which vary only by size:

From here, the cooktops and ranges may be transitional or contemporary in style. Each offers a slightly different look.

Wolf products offer a cooking experience that offers instant delivery and precise control at both high and low temperatures. Whether you want to simmer or saute, you’ll find that your confidence comes in part from the intuition offered by the induction hob. Each product is 90-95 percent energy efficient with minimal heat loss because the heat gets directed straight to the pot or pan. 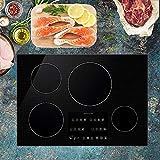 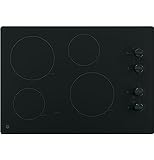 Each induction hob offers four high-efficiency elements that deliver both the heat and control that most love about gas hops.

The maximum element power is 1800 W and features a 3000 W boost. The other two elements are 1200 W. The Hi-Power mode redirects energy from adjacent elements to add it where it packs the most punch.

Each cooktop offers a design that makes building it into the counter beautiful and straightforward. With a frame and unframed model, you’ll find one that easily integrates into your kitchen design. The extraction fans also fit in well and are neutral enough to work with any kitchen plan.

Each product comes with a Black Ceran ceramic surface designed to last the life of your kitchen. It resists staining, scratching, and heat to retain a brand-new look as long as its properly cared for. Burning and aging are less likely compared to other stove types because the elements sense whether cookware was included on top of the stove and only heat up when a compatible pan rests on the element.

Wolf added several other safety and convenience features that keep the product simple while promoting usability.

The temperature limiter prevents the stove from over-heating and inadvertently damaging the ceramic surface.

There’s also a lock-mode that adds a child safety feature. It prevents any of the elements from turning on while the universal off button switches all the of them off at once.

Wolf also integrated flexibility into the cooking configurations to best match both cooking methods and pan sizes. You should have an equally easy time boiling pasta as you do making a temperamental sauce.

Finally, there’s a countdown timer with a range to prevent over-cooking and reduce the likelihood of accidentally leaving the stove on.

All Wolf products are handmade in the United States. Return policies vary according to the retailer, so double-check what the seller includes before you buy.

The five-year warranty lasts from the date of installation and includes defects related to:

What Is an Induction Cooktop?

Induction cooktops use the power of magnetics to allow electricity to flow under the ceramic surface of the stove. Once turned on, the electricity transfer to the induction-compatible pan on the stove heats up the pot or pan itself rather than the surface.

Induction cooktops are far more efficient than gas or electric hobs. Traditional stoves heat the surface before transferring the heat to the pot or pan placed on top. Using this method wastes a significant amount of heat and energy because the heat escapes and parts of the stove that are unused continue to receive heat.

Additionally, an induction hob only begins to generate heat when the pan is placed on it, which means you don’t spend time heating an element and waiting for the water to boil or the pan to heat. Because the energy gets transferred to the pan, it begins warming it right away. 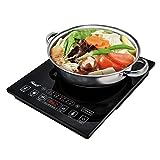 Wolf prohibits retailers from sharing pricing for the induction cooktops online. To get a full range of prices, you must visit a retailer or request a brochure. Individual retailers have the freedom to set their prices. However, it is fair to assume the price rises according to the size and complexity of the stove chosen.

Customer comments related to other products suggest pricing tends to remain on the premium end of the spectrum, which is perhaps why Wolf prefers not to disclose the price outside of a retail environment.

For years, induction appliances faced a stigma that kept them away from the critical reviewers in the industry.

Until recently, foodies preferred gas hobs for greater control. Cooking snobs thought they were a technology that appealed to techies rather than the average consumer or aspiring great home cook. Chefs avoided them too because, despite the promises of simplicity and control, temperature control by eye was a way to show off skills.

Today, induction hobs no longer exist at the periphery but continue to inch their way closer to the mainstream. The modern design makes them a darling for remodelers and their environmentally-friendly nature appeals to those who want to their part for the earth.

Wolf induction cooktops are best known for remaining on the simpler end of the spectrum. As the industry space has grown, big-name players added new features that make them more controllable and include new features like auto-reduce heat functions.

The highest end cooktops, like Gaggenau, offer a zone-free experience that allows you to place your pan anywhere and get the heat you’re looking for.

Wolf cooktops don’t include any of those fancy features. They heat and cool when the plan is on the element, just as all others do. They also come with simple safety features. Many warn that advanced cooks may feel like they must fight against their stove to achieve the temperature they want.

Still, the Wolf induction cooktop does what it should. Current owners note that it heats quickly and maintains the temperature well even over long periods of time. The burner arrangements are favorable, and the melt and simmer features are handy for more proficient home cooks.

One routine public comment stands out, and you should consider it if the presentation feature is important to you. Consumers report that Wolf cooktops tend to look “used” quickly after installation. They aren’t easy to clean, and the ceramic surface wears quickly.

Additionally, temperature control remains a noted issue among other Wolf products, namely ovens. It’s unclear whether that extends to the induction cooktops, but it’s something to consider if you’re in the market for a whole new set of kitchen appliances. Problems with other hobs and ovens are reportedly costly and re-occurring, which leave some homeowners without access to their kitchen for days on end.

Ultimately, a relationship with Wolf seems tethered to a relationship with your local service and repair shop in some cases. While servicing an appliance isn’t something out of the ordinary, consumers tend to expect fewer defects and expensive issues for a premium product.

How Wolf Compares to Other Hobs

Features and looks score these cooktops plenty of points among people undergoing kitchen re-models and the accessibility of going green appeals to people. However, it’s often considered to be a mid-range product in its most crucial feature: cooking capability.

There are three features found in other products from Bosch, Miele, and Thermador that consumers love but don’t appear in Wolf cooktops.

Wolf induction tops lack a bridge element found on similar cooktops. The bridge element creates a larger cooking space by allowing you to use two elements. When would you use this feature? Griddles and grills come to mind. If you place a skillet across two elements without a bridge element, the middle receives no heat or uneven heat, which creates an uneven cooking experience.

With a bridge element, you won’t lose the heat and everything cooks at the same speed.

The auto-off feature found in several other cooktops is also missing here. While it’s not necessary, it does mean you need to be more conscious when using the stove. Because the stove holds its temperature well, you shouldn’t find it heats up beyond its capacity.

Some have mentioned a slight buzzing noise with the cooktop whereas some Miele and Thermador customers claim their hobs work silently.

A slight buzzing might be annoying for some, but it is allegedly normal. If the buzzing becomes louder, call a service center. They send out a repair team to see if the buzzing is still within the normal range. If not, a repair might be necessary.

Without a set price, it’s difficult to compare Wolf with the value offered by other brands like Miele, Bosch, and Thermador. We do know that it offers fewer of the more useful features, but for some home cooks, these features don’t impact the value significantly.

The overwhelming takeaway from almost every source is the amount of service these induction tops, and other Wolf and Sub-Zero products, require. While the warranty covers defects, losing access to your cooktop for a day or even multiple days puts you at a disadvantage and costs money, even if the repairs are free.

Before buying, talk to the retailer about the kind of service and repair jobs offered in your local area to make sure you remain covered if something goes wrong.

No coupons or deals currently exist in part because retailers set their own prices. Visit a retailer online to keep up with current or future promotions or specials on both the induction cooktop and installation packages.